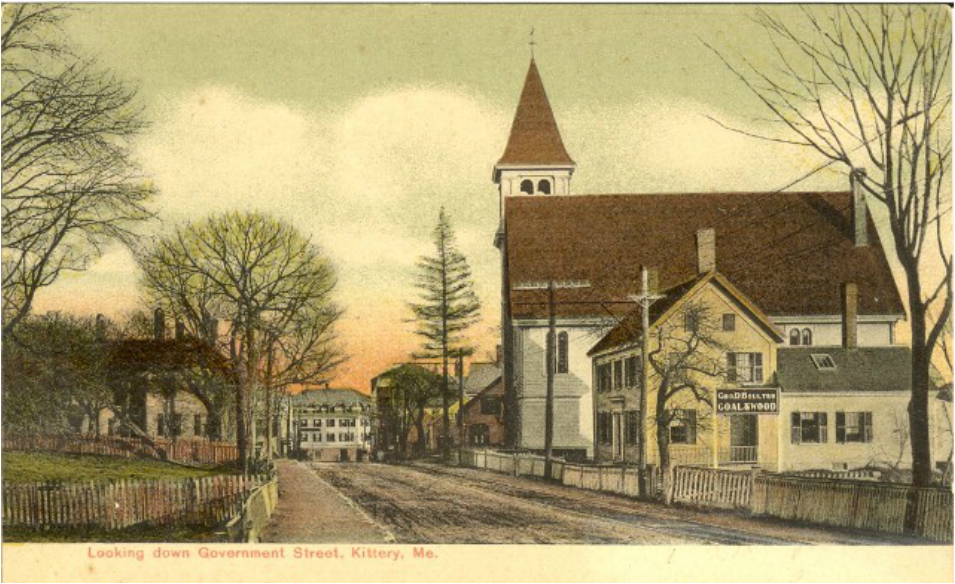 On May 25, 1843, the Second Christian Church was formally organized.  Under the guidance of Rev. George Payne, the following statement was signed by the original 26 members:

"We the undersigned agree to unite together as a Church of God to be known by the name of the Second Christian Church of Kittery, Maine.  And further agree to take the Scriptures as our only rule of faith and  practice.  We also agree to watch for each other's spiritual good, to admonoish in love, and to use all possible exertions for the building of each other up in the most holy faith."

The reason for this separation from the First Christian Church located at Kittery Point, was that it would be more convenient for the residents of the new neighborhood developing near the Navy Yard, called Foreside. The original meeting house was 50 x 40 feet, included a square belfry, contained 50 pews, and cost $994, according to the contract in the church records. These first members were also joined by a number of members of Pleasant Street Christian Church in Portsmouth.

During these early years the congregation steadily grew, and in 1855 plans were drawn up to enlarge the building.  Improvements continued throughout the nineteenth century including the purchase of a pipe organ to replace the original reed organ, and in 1886 the congregation purchased the adjacent property to be used as a parsonage.  By the close of 1890 the congregation swelled to 306 members, with 135 students in their Sunday School, as well as numerous social clubs for both adults and children.

Therefore a major remodeling was necessary for both the interior and exterior, as the church prepared for its Golden Jubilee.  It was at this time the church was considered to be the "handsomest and most costly house of worship" in Kittery, with its square back pews finished in oak, new memorial windows, and other updates.  However tragedy struck on February 16, 1896, when fire destroyed the building.  All that was rescued were the bell and organ.  Undaunted, the congregation quickly rebuilt, with the cornerstone laid on May 25, 1896, and the new, much larger building dedicated on December 10, 1896.  During the twentieth century, the church continued to thrive and modernize, including a major addition to the rear of the churchy to accommodate the quickly growing Sunday School.

It is our Mission:
To welcome all people into our community of faith,
To learn together the cost and joy of discipleship, and
To go out into the world to follow the teachings of Jesus Christ,